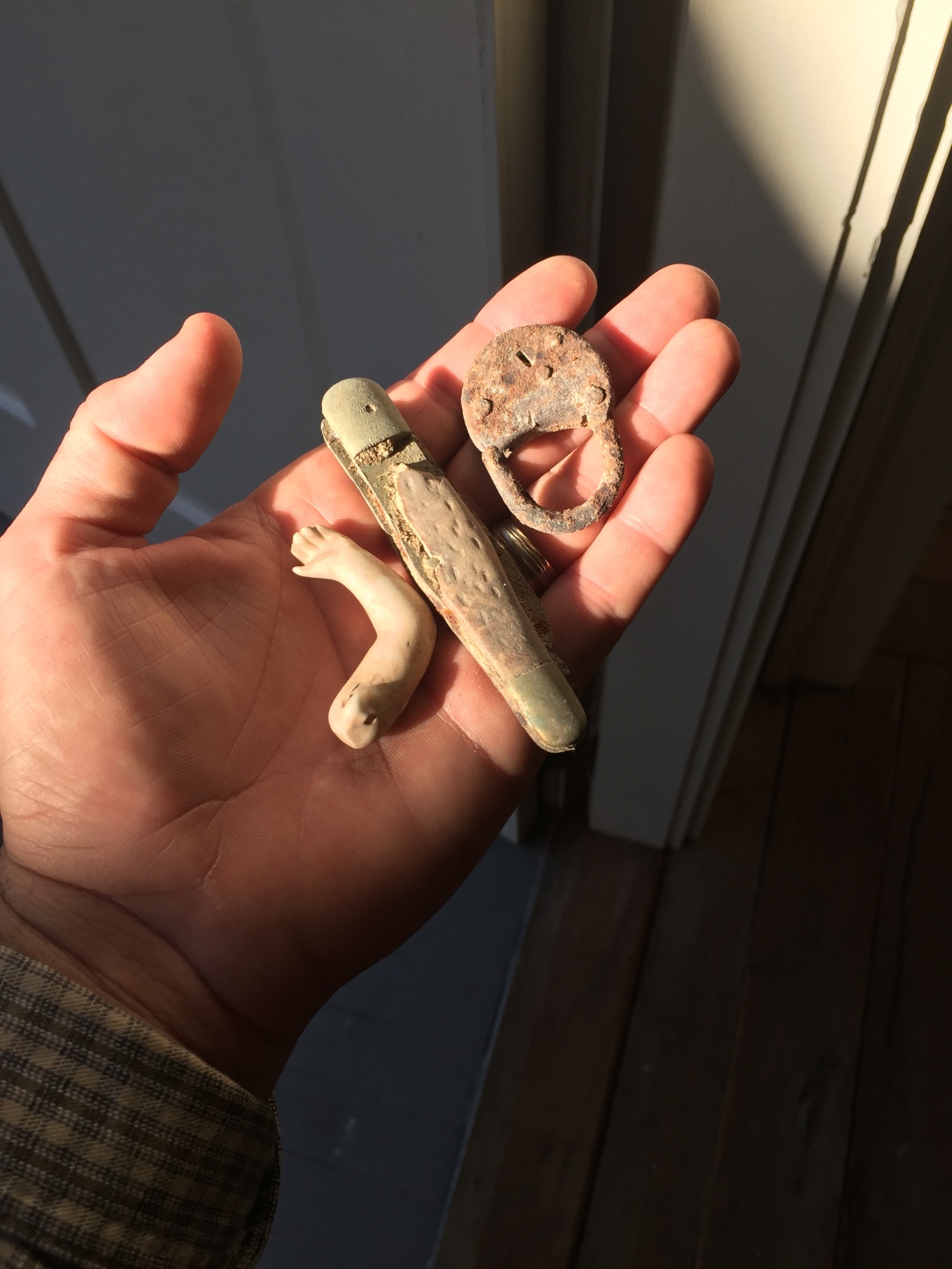 For those of you who attended the 2012 Annual Meeting at Farmers Branch, Texas – you might recall the cornerstone of our park, the 1856 Gilbert House.  Over time, our staff has been noticing some potential issues with the foundation of the house and to ensure that the Gilbert House makes it through another 160 years, we’ve started investigating.

As part of the investigation, we pulled up some floorboards and the sub-floor inside the dog run.  As is usual with this kind of thing we now have more questions than answers!  We have some documentation that suggests that at one time, the dog run was a dirt floor, and not framed and floored as it is today.  There was some verification of this assumption – as on the north doorway in the dog run there appears to be a stone step that’s been hidden under the wooden floor.  Also of note, our staff uncovered several hidden treasurers that have been below the floor for quite some time!

The house has been lived in nearly continuously since it was built in 1856 and there have been several families that have called the Gilbert House home.  Unless we can date something specifically to a particular time, there’s no way for us to know who these treasures belonged to (or could have belonged to) or how they found their way under the floors but we now have some more things to think about as we further interpret the story of this house and the people who lived in it.

I had assumed (incorrectly!) that since the Gilbert House had undergone a major restoration in the early 1980s that the area under the floors would have been more or less scoured clean of artifacts like the ones we discovered.

What treasures can be found at your own site, hidden away somewhere that no one has thought to look in a while?