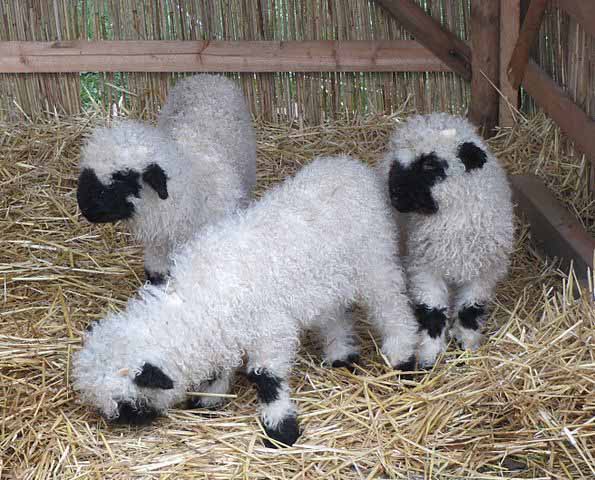 Lately I’ve heard of negative visitor reactions to historic (and sustainable but open to the public) farm sites in regards to the animals they keep. It seems not everyone is comfortable with animals on farms becoming food or with the processes that turn these animals into food. Admittedly, it’s easy to dismiss their reactions with: “Where do they think their burger comes from?” or some other retort. These people, though, are often engaged and vocal citizens who make their feelings known to large groups of like minded individuals who will take issue with your practices on a large-scale and very public level. They are also our visitors and we exist to educate them.

And educate them we must.

Here’s a story: a few years back when my son was young enough for “playdates” I was fixing him and his friend a snack. I asked his friend Josh (name changed to protect his now pre-teen ego) what he wanted to drink. He said milk and then added “but not soymilk.”I said that was fine we only have cow milk. He said he just wanted regular milk. I said cow milk is regular milk. He said it wasn’t and looked at me like I was an idiot. I persisted and he finally stopped talking to me.

I was dumbfounded. I grew up in Norwalk, Connecticut where the closest I’d ever come to a farm was the petting zoo at Stew Leonard’s and I knew where milk came from. Josh grew up in Nebraska where you can’t escape farming and ranching (really, you can’t, drive through sometime) and he thought “regular” milk came from  . . . well, I don’t really know where he thought it came from.

Sadly, Josh is not alone. I did a quick Google search for “milk comes from cows” and look at the related questions that immediately popped up:

It’s hard not to be incredulous BUT people really don’t know. Many of us are far, far removed from whatever agricultural roots we had. We have animals as pets, we encounter farm animals in petting zoos (petting=pets), and the bulk of the population of our country and perhaps the industrialized world lives this way.

I believe historic and other open-to-the-public farm sites can help bridge this knowledge gap but I’m unsure about how we’re doing it.

I follow many museums on social media that keep farm animals and here’s what I often see: The baby animals are in! Help us name the lambs! Calf and Mama love frolicking in the meadow! Have your birthday party here and pet the piglets! These statements are all invariably attached to bucolic images of adorable animals. They all reinforce the idea that these animals are pets and/or part of a petting zoo. When this is a common marketing method for our sites, do we have the right to be appalled at people’s “ignorance” when they are upset that a particular animal they’ve visited repeatedly is being slaughtered? When we market “baby animals” as a visitor experience should we be surprised that butchering programs might be a hard sell?

Ponder this: a local zoo advertises the birth of some meerkats and encourages visitors to come watch them grow up and interact with their mother. When said meerkats are no longer babies, said zoo decides to throw them in the lion cage to provide enrichment. The lion stalks then eats the meerkats. The lion has a few minutes of reprieve from an otherwise boring existence and a good meal. No problem. Except it is . . . with every visitor that came to view the meerkats.

I think you see where I’m going with this.

Farm sites need to educate our visitors on historic, sustainable, and current agricultural practices AND entice people to come. Farm animals (especially young ones) entice visitors BUT they can also become food.  How can this be balanced? How do you balance it?

I’d love to hear your thoughts: What experiences have you had at your site—negative or positive—relating to this subject? If your animals do eventually become food, how do you prepare your visitors for this? Do you butcher animals publicly and how have your visitors responded?

View all posts by debarenz

43 thoughts on “Do Visitors Think We’re Eating Our Pets?”